"You must travel far, beyond the spider-haunted towers of Byzaron and the red mists of The Yielding Plain. The Sleeping Augur awaits, through azure pylons inscribed with sigils both beneficent and doomed"

AZAG is a combination tabletop role playing game and five track instrumental album.  Featuring a rule system inspired by the likes of Fighting Fantasy and Troika! in a setting inspired by Lovecraft's Dream Cycle, Howard's Conan, and Smith's Hyperborea.

Treat with strange entities, battle against weird magics, and explore a world of mystery and wonder!

This page is a great place to pick up the game pdf by itself but if you want to grab the combo album/game just head over to the bandcamp page.

In order to download this zine you must purchase it at or above the minimum price of $10 USD. You will get access to the following files:

Are there any plans for a bookmarked version of the pdf for ease of use?

Interesting suggestion but I only thing I know how to insert are links. I'll look into it.

Update: I figured it out. So yeah, I will try to put out a version with bookmarks in the next couple months.

Any plans for a expanded bestiary or tips for converting monsters from Troika! Or other systems?

(I know I replied to you about this on Twitter but it bears posting here)
No current plans for a monster book but converting monsters from Troika! should be pretty easy.
The damage output of my monsters (although generated differently) should be roughly the same to the damage output of Troika! creatures, so you can use those monsters with their damage tables or vis versa.
Stamina is about the same and Disposition is just another way of saying Mien.
Armor and Initiative are a bit different. Initiative in that monster stats have no effect on it (barring special abilities). Armor is typically a bit higher in AZAG, you can convert Troika! monsters by assuming 1 Armor = 1d6, 2 = 1d8, etc, or thereabouts.
Monsters in AZAG also typically have 2 special abilities that sometimes introduce special mechanics, this may make them a little more powerful than Troika! enemies in some circumstances.

Hi, is there any realistic chance for the physical release to be restocked? Or maybe even become regularly available?

Yes! COVID threw a wrench in LFOSR and my plans but it’s looking like there will be an announcement around the end of the month (Feb).

Did I miss it or was it pushed out?  I'd love a physical copy.

How hard would it be to adapt the setting to Barbarians of Lemuria? I really dig the feeling you achived in this!

I've heard of Barbarians of Lemuria but haven't read it, so I'm not sure how my content would need to be altered mechanically. I can tell you that much of the setting stuff (the npc and quest hook generators in particular) are system agnostic, so those could certainly be transferred to anything.

Hey if i wanted to use damage tables instead of dice based damage, just using the tables from AFF would work well or do i need to adapt them? The damage values of AZAG seem way higher than AFF too

The AZAG weapon damage tables are meant to emulate Troika output, so I would use those.

So with your last project being more of an adventure module or small setting, its pretty obvious what the music is for, its kind of like the OST of a video game or movie but how does the album fit with this project this time? An RPG can encompass many many more situations and moods and is a lot less tightly directed even if the other one was more a setting book.

Great question! So, Shifting City did synergize with its music in very specific ways. Each track was coupled with a different section of the book. This was something I could do because I was making pretty much every part of the project, which is cool but also very labor intensive.
With AZAG I put together a team, including a musician, who influenced each other in a general way, rather than crafting components specifically for each other. That's why in AZAG you don't see a track called, for example, The God in Silver, which was made for that short story as you would have in Shifting City. Instead, AZAG's score is meant to be listened to while playing, reading, or planning adventures with the  book. It sets mood and tone. It inspires. It informs the world in a way that words cannot. I believe that certain tracks work well for different situations, some bend more towards combat, or discovery, or suspense. Also, since it is so tied to such a rich genre, it encourages mixing in other tracks to expand your experience.
In short, this is a production decision meant to encourage flexibility and creativity among my team as well as give customers more options for how to use the music. While not as targeted as Shifting City's score (I feel) AZAG's is no less impactful.

Really digging this game! Is there a printed version? Or will there be?

there is not currently, I'm looking into doing a limited print run though

ooo, do I sense a kickstarter brewing?

haha no, nothing like that, but I get why you'd think so

I'll put these in my notes doc, thanks! I'm dreading sitting down with this in the next week for another editing pass, I'm sure I'll find a million things. That's the beauty of being able to update the digital files though.

Just a quick heads up, it looks like the Bandcamp link brings you to Shifting City instead of AZAG directly. It’s easy enough to find, but I figured a warning was warranted.

oh, my mistake, thanks for letting me know!

78 (I should update the product page to list that, my bad)

As a quick note I just wanted to let people know a character sheet will be added to this product soon, as well as an update to the pdf giving it some links and searchability.

Any update on a character sheet? Loving the game and currently prepping an Elric-inspired planar-hopping mini campaign!

Thus far my attempts have looked...very bad lol
So I've reached out to some artists to see if I can get a real nice one. Should have some more news on that soon.
I'm so glad you like the game! If you end up posting anything about it to twitter or wherever drop me a link, I'd love to hear about it!

Been looking forward to this... will it be available today?

you're darn tootin' it will be! planning to go live at noon est here and bandcamp :) 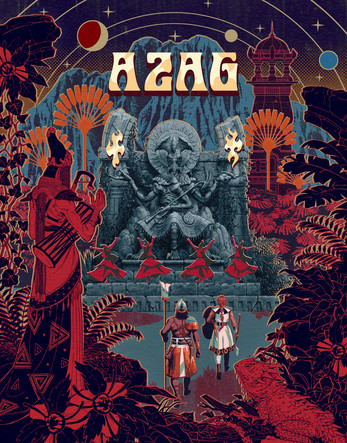 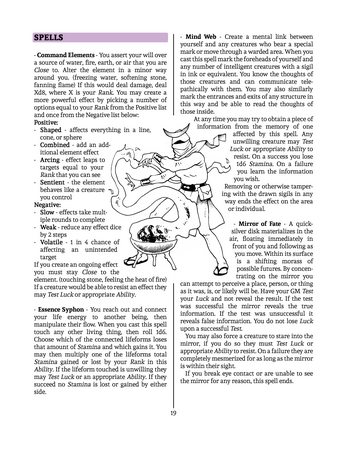 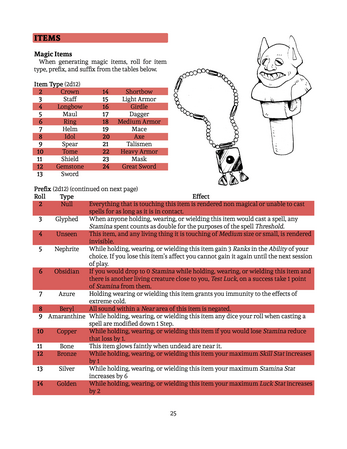 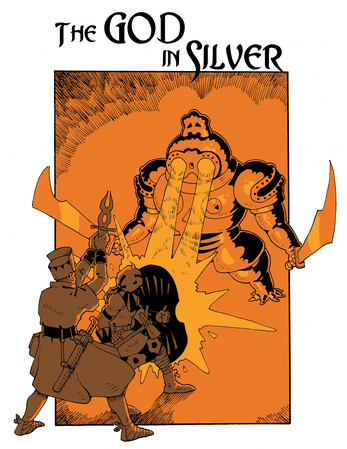 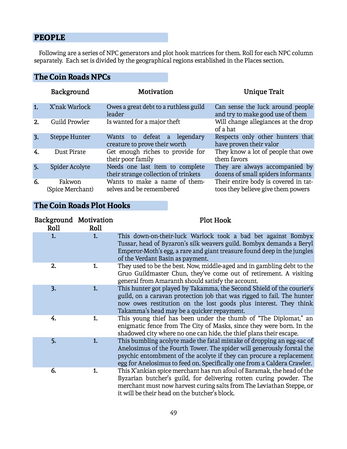